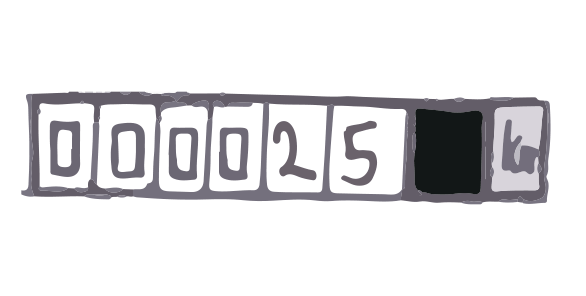 Factors that certainly not only reduce the quality of life in a city, but also contribute to global warming. According to the UN, more than 75% of all people are expected to live in metropolitan areas by 2050. Some ways of facing these social, economic and environmental challenges and to cope with this development is using more public transport, an increasing range of sharing concepts, as well as the expansion of the bicycle infrastructure. Some cities are reacting to this change with so-called „green zones“. Other’s try to ban traffic from the City centers.

Nevertheless, the growing issue remains, traffic is a huge challenge.
It is difficult to deliver products punctually in urban areas, and residents and workers equally stand in daily tough competition for the few available parking spaces. 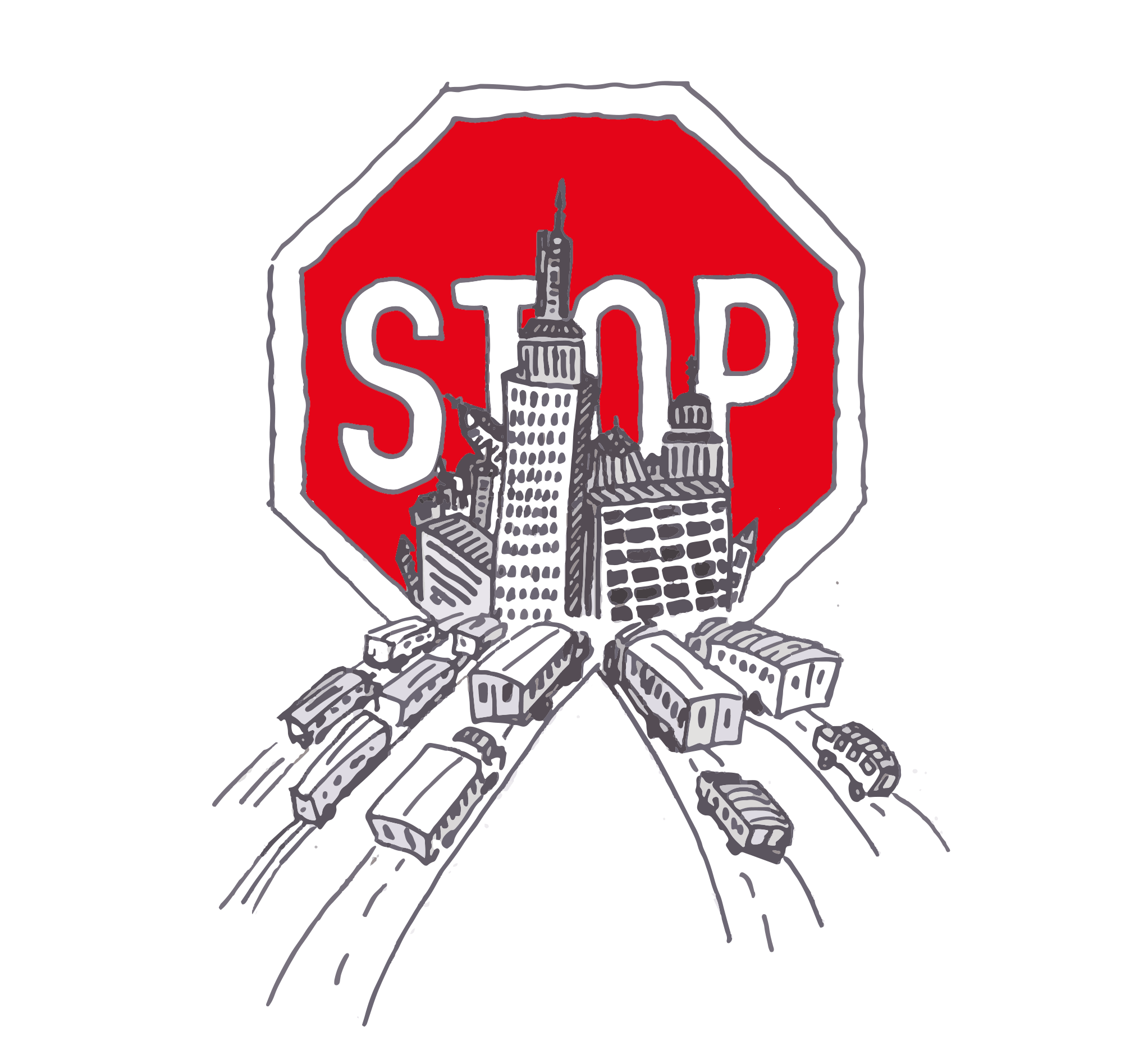 New traffic solutions and concepts are needed in conjunction with city structures and planning, especially in urban traffic zones in order to be able to react better.

In Denzlingen, just a few minutes from Freiburg, mobility will be tackled by a new concept for the future. ‘Carla Cargo’ – a start-up which produces bike trailers and handcarts designed for larger loads, the idea has already began to grow. 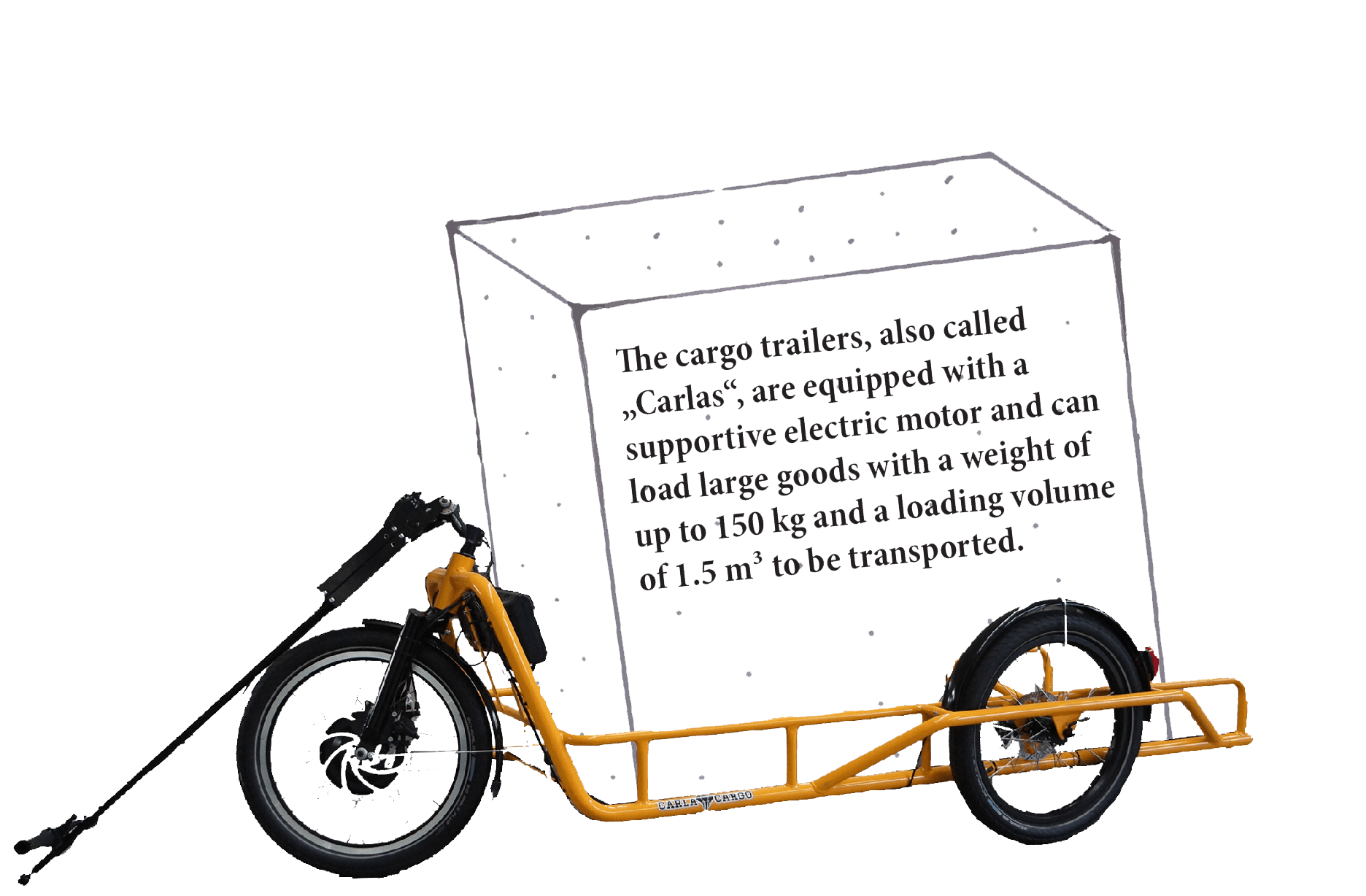 Normally, such weights of goods are only transported with vans that unlike the Carlas cannot enter the pedestrian areas. The aim of Carla Cargo is, making a climate friendly solution for the urban life and gradually replace cars from the inner city area.

From a hobby project, which at the request of one of the largest SoLaWi `s of Germany, the Gartencoop, was born, and developed in recent years as a small start-up, with their new innovations in Transportation for daily urban problems. The Gartencoop, with its fields is located far outside the city center of Freiburg therefore it is dependent on a suitable transport method of their goods. The idea to bring the vegetables in an environmentally friendly way into the city and thus to support the garden scooter, was ultimately the first Carla. „I saw that the vegetables are transported by bicycles and then we looked at it with an engineering perspective, what could be optimized on the existing system?
The realization came quickly that we definitely need an new brake system,“explains Markus Bergmann, founder of Carla Cargo and sympathiser of Gartencoop.

„The beginning was difficult. Many prototypes were made, a lot of trials, testing and we welded into the nights .“Markus and his small team soon realised that without financial support the reality of the project would not have been possible. He came up with the idea of Crowdfunding, i.e. the support of a community, to advance and make the project a reality. Using crowdfunding they collected about 7000 € which in the implementation and further elaboration of the idea helped decisively.
In 2015, a first functional prototype was created, representing a completely new concept. The feedback of this novel product was great, but with the collected funds it was only the beginning.
„From a >>“ Hippie idea „<< we have become business people.“ More Carlas’ should see the light of the world.

Markus and his team followed the ideology, using open source blueprints of the Carlas for everyone accesable. Due to the swarm intelligence of the masses, the Carlas should be further developed and optimized. ”Unfortunately, the open source concept brought not the desired impact, we just received little input from the swarm intelligence.“ For Markus, Open Source is not as easy to implement with hardware or products than software. „It was difficult, added with the economic pressure. There were about 20 Carlas’ worldwide according to the manual built. As a result, ideas have come in, but they can not be directly implemented or economically exploited.“ 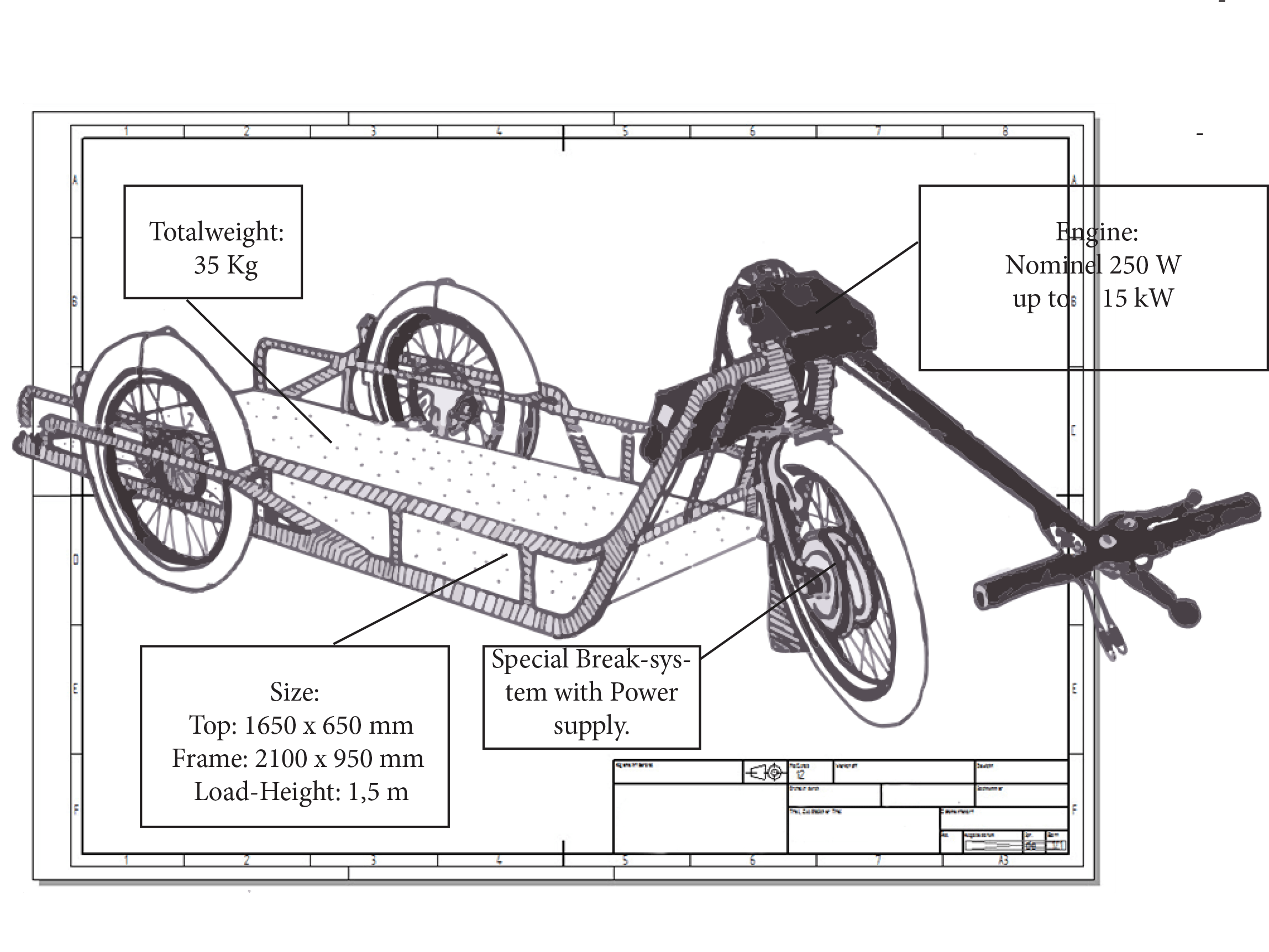 Nevertheless, Carla Cargo should remain as a concept open source, despite the lack of a patent and with added Competitors in this field. Another thought of the free availability was to simply see more Carlas in the world. „Every Carla replaces a car in urban surrounding. This creates less CO² – that was our biggest motivation. “ 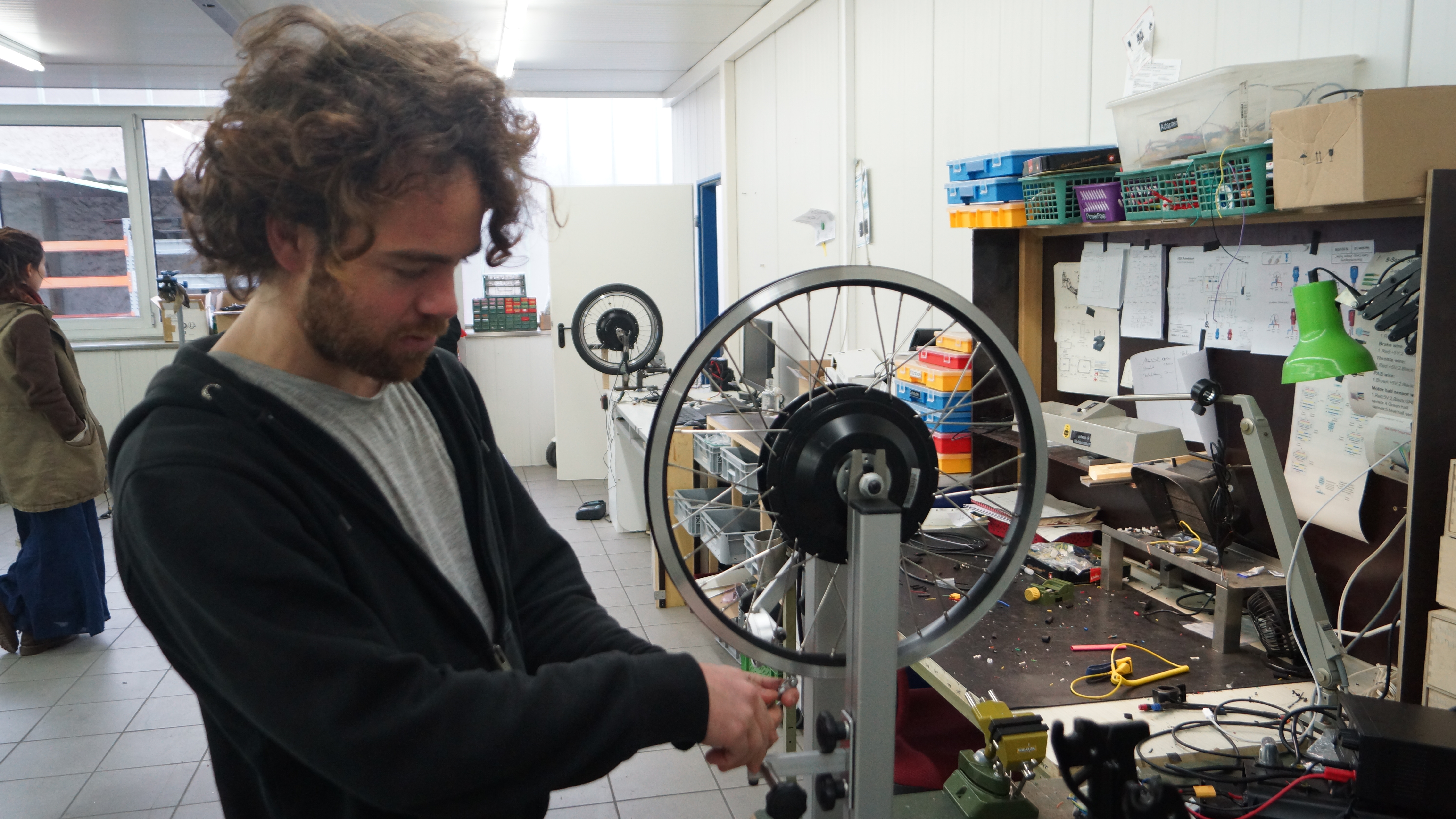 In the future, the Carlas are no longer dependent to suppliers from Europe and Asia. A Carla „Made in Germany“, directly in the Black Forest is Markus wish. To make more sustainable Carlas However, higher volumes are needed. “Due to the low number of pieces, it is not currently possible to lower prices. Recently a SoLaWi called us and their concept was similar to the garten coop. Of course we were excited and see such projects as a dream client, but they wanted the Carla without financial compensation, which caused of the economic pressure was not possible for us.“

„The Carla is simply worth its price,“ explains Markus. There are currently about 100 Carlas in the Circulation. 100 more will be added this year. The use of the carla is diverse and creative. After only three years, the Carla has other uses as its means for companies, mobile beehives and used as a dining and music cars for example. 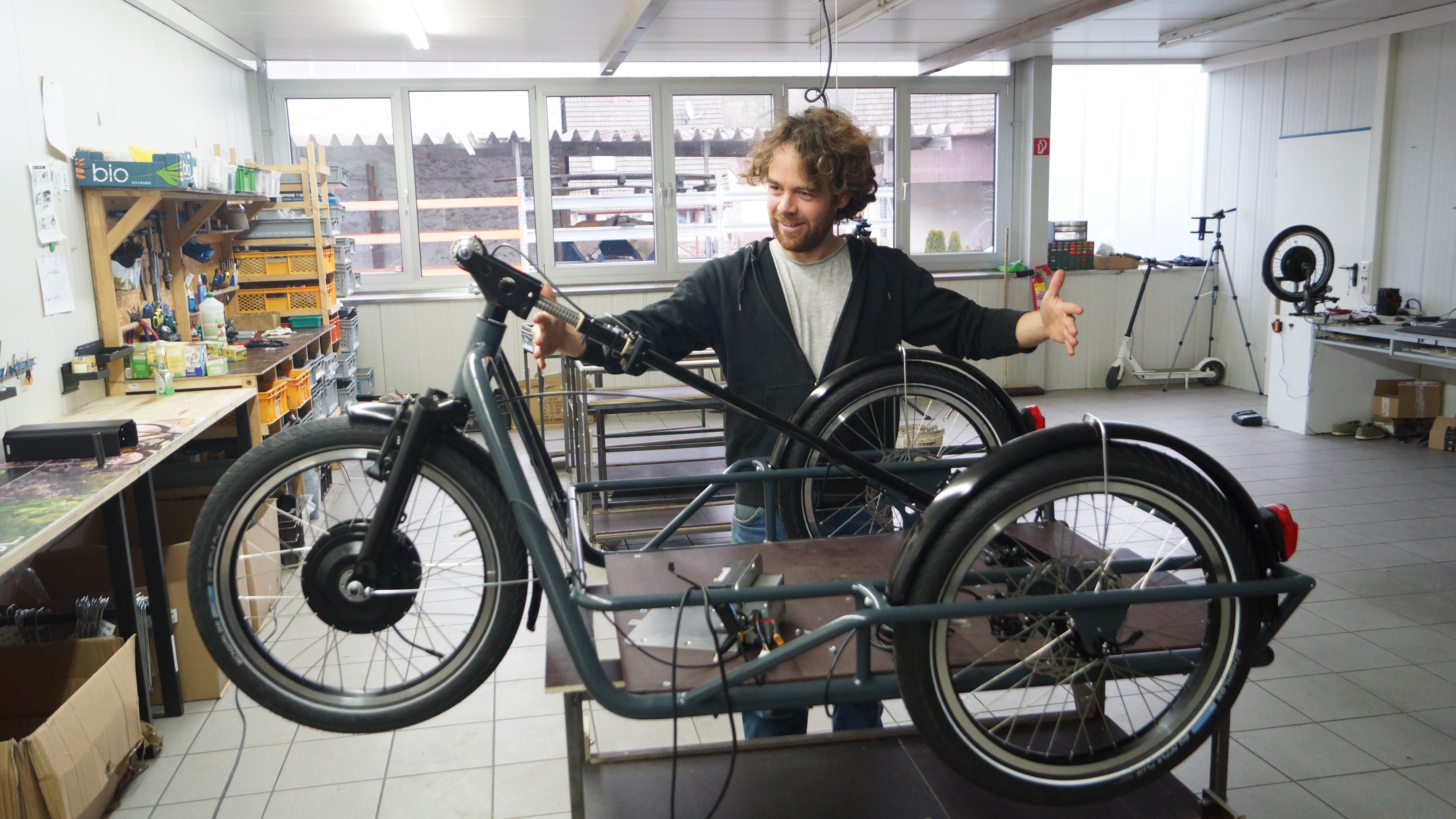 We asked where he sees the future of his project, Markus replied: „We have a top motivated Team, we will go ahead step by step. We do not want to get stuck on innovation, but continue to improve it. We do not know yet, where the journey with Carla Cargo goes. I would like, to see more movement towards e-mobility in Germany in general. Rental stations for Carlas would be for example, a topic of the future.“ 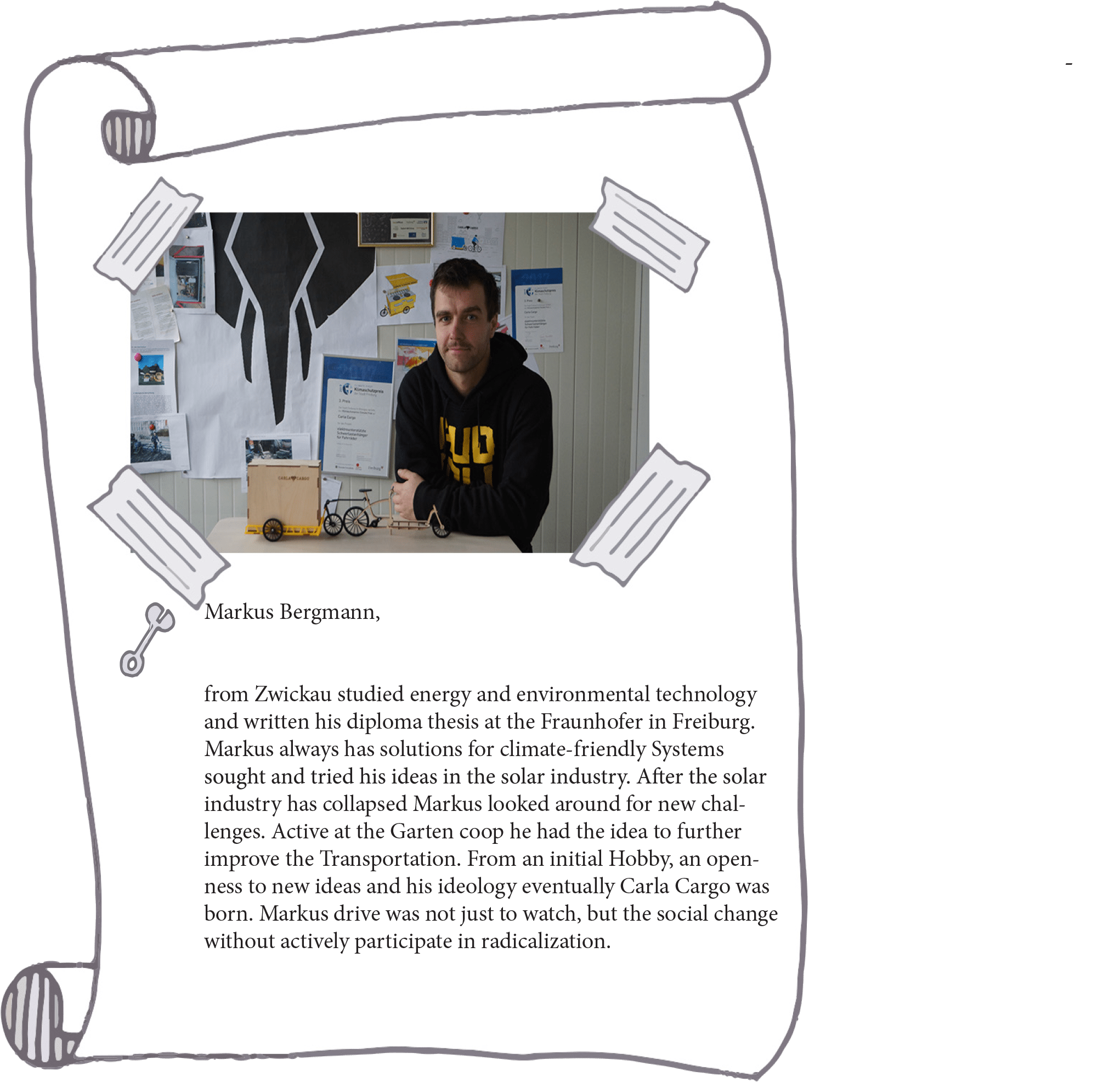 We are sure that Carlas will shape urban traffic in the future. With Carlas the mobility behavior of suppliers could significantly changes and thus large amounts of CO² could be saved. With the help of their flexibility, it can be appropriate to the characteristics of the urban surroundings. We hope that many Carlas will see the light of day and thus the future plans of Carla Cargo will be realized. We thank Markus and his team sincerely for the Insights at Carla Cargo.

Carla Cargo is a young start-up which produces electric supported  cargo-trailors to tackle the nowadays chaos in urban surroundings. The idea is to change the transportation to realise it almost emission free. Read more in the article and get inspired!

Facebook
Twitter
Email
Know your food! Activists in Bialowieza are fighting to preserve the last primary forest in Europe from illegal logging