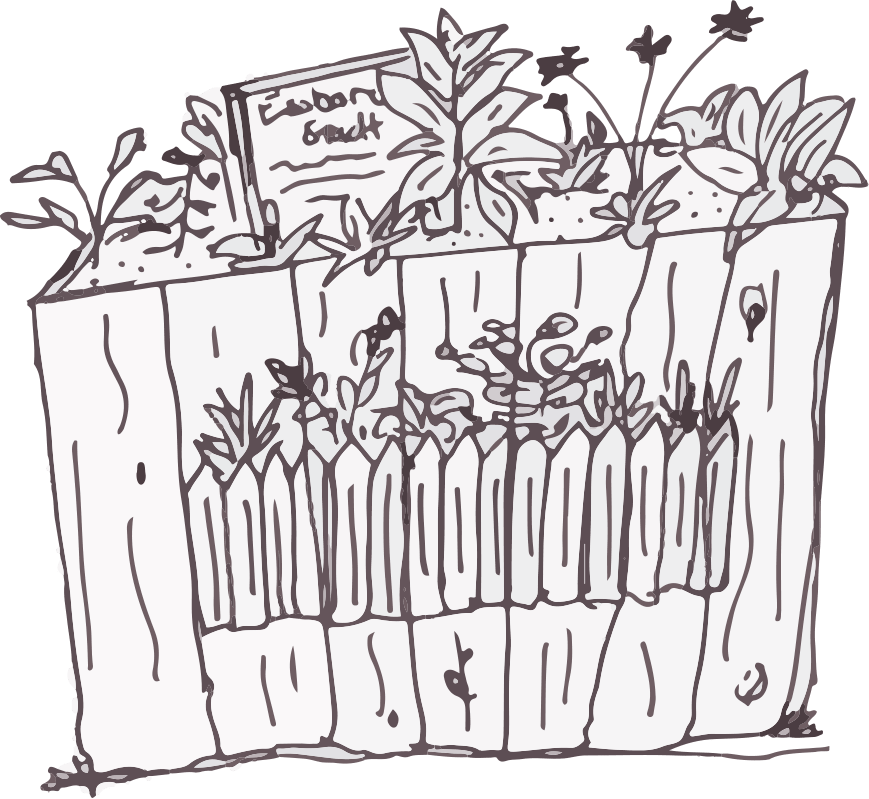 Nowadays, in our globalized world, most people are alienated from the food they consume. One is used to go to the supermarket and get everything s/he wants. Oftentimes we don’t know – or it is simply of no interest to us – where our food comes from or which fruits and vegetables are in the season. We even don‘t have a clue about how those plants look like on the field or in the wild.. But there are some initiatives that try to tackle this issue and change the way people think about and consume their food.

To meet up and learn more about that, we have been in the City of Jena in Thüringen and talked to the founders of some of the local initatives.
Precisly, we looked at three urban gardening projects in Jena, marked as red leafes on the map. But what actually is urban gardening? 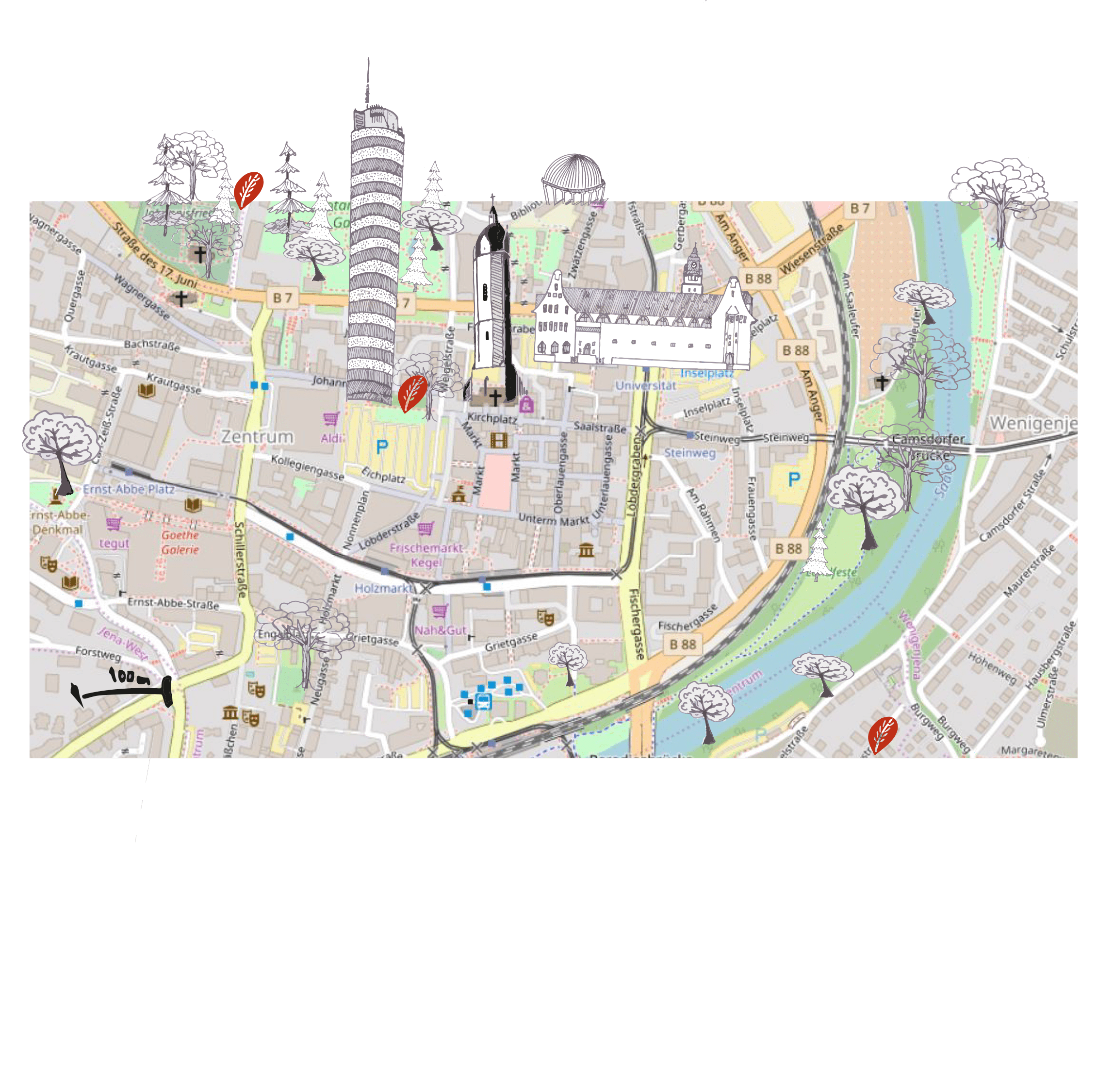 Urban gardening is the process of growing plants of all types and varieties in an urban environment. Urban gardening, which is also known as urban horticulture or urban agriculture, encompasses several unique gardening concepts, including Container gardening, Indoor gardening, Community gardening, Guerilla Gardening and Greenroofs.

I sat down with Roland Bischof, a biologist from Jena, who is part of a few of those initiatives, and talked to him about the projects he’s engaging in. Initially having come to Jena to study Biology in 2002, Roland came back in 2009 and since has been working in the field of agronomic research and education. After the research projects lessened, he wanted to expand his scope ofactivities, starting to work with farmers, schools and engineering offices to make the most of hisknowledge. This is how he came to work with the local projects Solidarische Landwirtschaft („Community Supported Agriculture“) and Essbare Stadt („Edible City“).

The latter, Essbare Stadt, is a projec t which, starting in 2009, tries to achieve a closer connection between the local growers and the consumers, minimizing the transpor t distance of the food. Work ing together with a local gardening center and integrating handicapped people, the registered association cultivates an area of 2000 m². At the beginning of the year, all those who are interested (up to 25 parties) can buy holdings of the harvest for around 480 Euro, guaranteeing the deliver y of one box of fresh and seasonal vegetables and fruits per week – if available, even juices and honey. 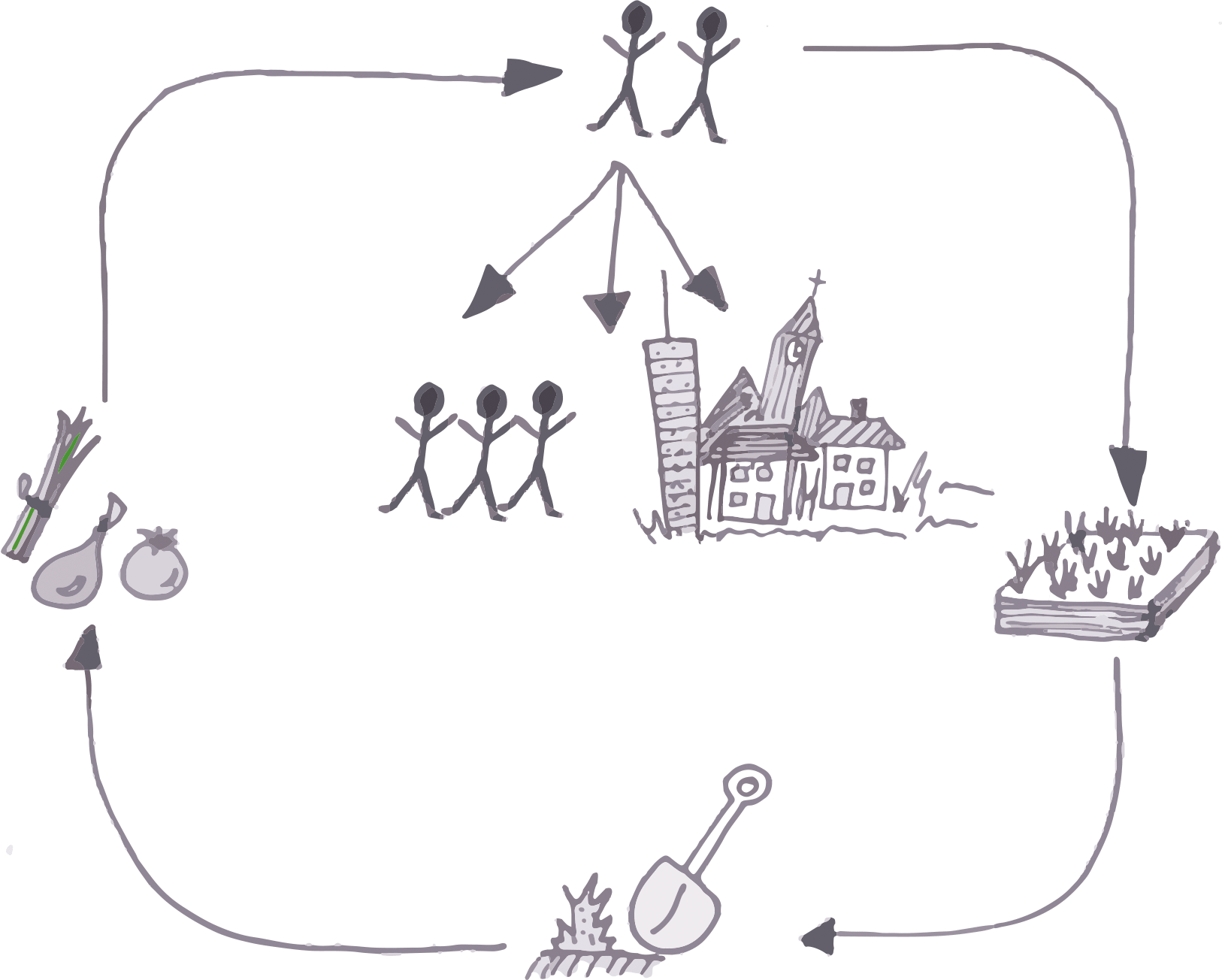 Thus, as shown on the left, it is a perfect example of a regional economy: Locals connect to regional growers through financial support and in return the growers cultivate and harvest vegetables and other products for them.

Naturally, the amount of food they get varies throughout the year: “During summer and autumn, it is oftentimes more food then the customers alone could eat themselves. If that is the case they share it with others, for example inviting friends for dinner“, explains Roland, who supervises the plant cultivation. In the winter months, the customers get a box every two weeks only, because of the lower yields. “You get more excited about the products if they are not available all throughout the year. You get a greater appreciation for the goods.“ All costumers have the possibility to visit the fields and take a look at the plants and how they are grown. 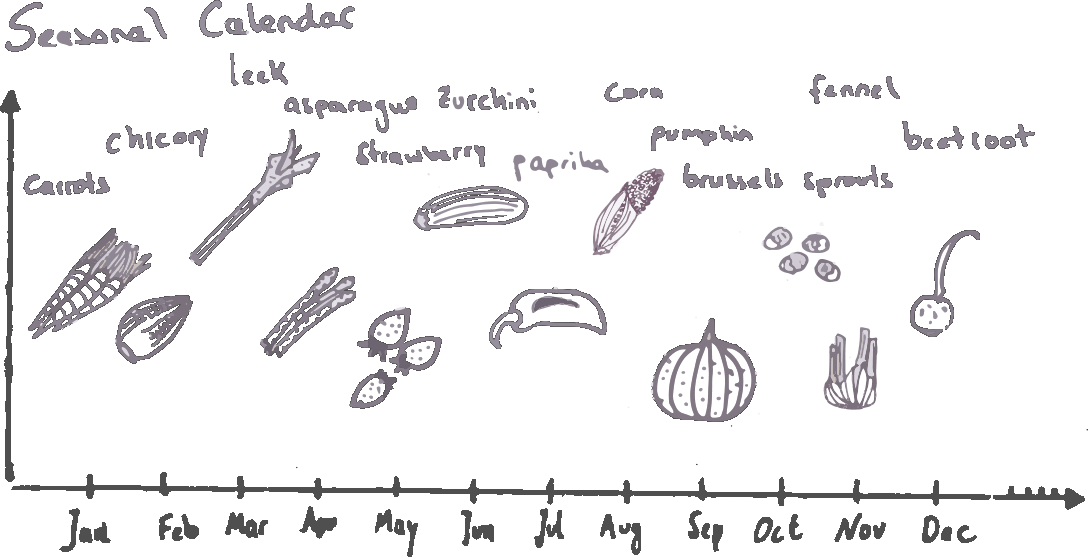 The Essbare Stadt collective pursues a pretty similar concept. People who are growing up and living in the city sometimes have not seen the matching plant to the food they consume in everyday life. A simple reason for that is that usually those plants do not grow in an urban surrounding – unlike the Essbare Stadt. The collective was founded in 2013 by around five people who had heard from this idea that had been established in other cities before. The idea is simple: Use urban areas to grow fruits and vegetables, thus people are able to see how it is done! Furthermore, some people may see that it is possible to use even a very small area to grow food and to not always have to rely on supermarkets. This is what Roland emphasises about the project: “For me, the educational part of this project is the most important. You probably will not grow enjoyable food right next to a busy road. “When founded, the collective approached the public authorities to ask which areas could be used for the project and, after about half a year, they achieved an agreement. “The areas were not ideal, but we made the best out of them“, explains Roland. They now look after three areas in the city, with two people responsible for each. They meet once per week to discuss upcoming events, oftentimes right in the concerning areas and work on
developing them afterwards. One of those areas is located right in the city center, next to the biggest parking lot of the town. With flowers and different shrubs they transformed it into a place where people now enjoy the sun and pick strawberries, naturally for free, between the shopping centers. The project furthermore addresses the community spirit, which is about usingthe city together. Even some local companies joined the movement and put little raised beds in front of their offices. 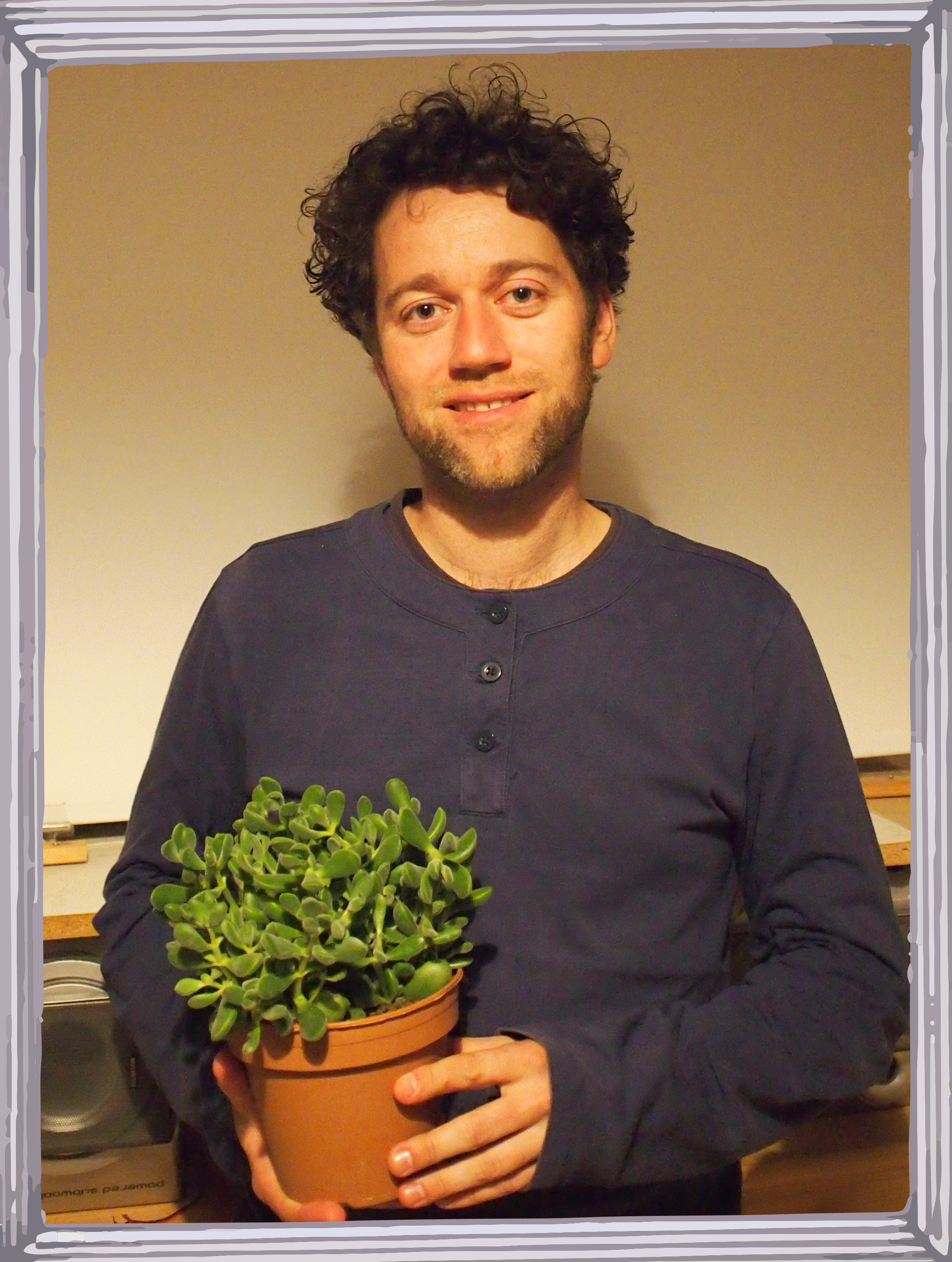 If you drew some inspiration from those projects and maybe want to start similar ones in your city, Roland advises threesteps: “First search for allies, because together you are more likely to convince people of your concept – especially the officals. Secondly, inform yourselves about how other people tackledsuch projects and, believe me,there are lots of them. Once you are well prepared, go to the citys‘ officials and pitch them your idea.“

Here is some information about the projects that were mentioned in this article:

Carla Cargo is a young start-up which produces electric supported cargo-trailors to tackle the nowadays chaos in urban surroundings. The idea is to change the transportation to realise it almost emission free. Read more in the article and get inspired!